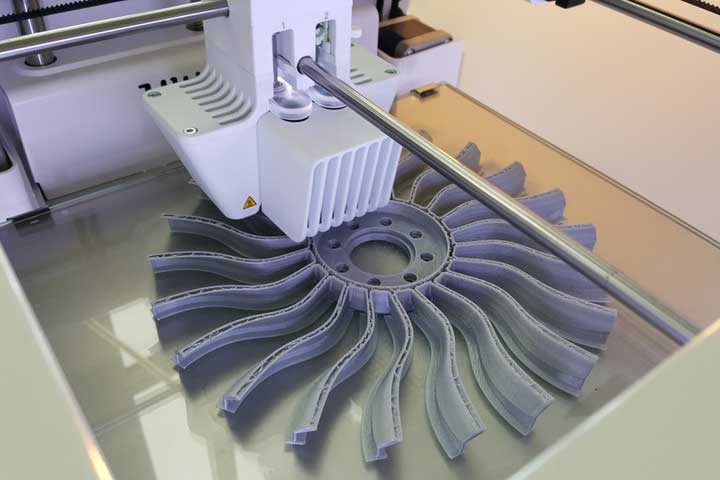 A few years ago, having the ability to use 3D printing in the creation of defense and aerospace products was sufficient for an advantage. Companies used 3D printed Aerospace parts to get an advantage over their rivals in terms of platform capabilities, weight, or reduced payload volume by covertly qualifying materials and procedures. The emphasis on materials is expanding now beyond merely plastics to include metallic material, creating new potential. There will be a significant growth in use cases for materials like additive produced metals in the aerospace, defense, and space sectors. In fact, over nine out of ten participants said they anticipate seeing at least a doubling in the use of 3D printing over the following several years.

Additive manufacturing utilization may be in its infancy in some forms, but we’re seeing adoption for parts that have a higher risk associated with it. Today, industry players are feeling confident enough to move past polymeric non-structural defense and aerospace components parts and into secondary structures and critical systems applications. The benefits of using 3D printed components for aerospace and defense are plentiful.

Additive manufacturing has given their businesses more design freedom. 3D printing has a lot to offer in terms of design, but the secret is to think more than just the sum of its parts.

Although simplification is a major advantage, 3D printing also makes it possible to produce intricate designs that cannot be produced using more conventional techniques like injection molding. As a result, the engineers are given the freedom to build components that have the highest possible performance. It allows for the adoption of more intelligent design geometries, the elimination of tooling and fixture expenses, and an improvement in the durability and longevity of parts from a manufacturing perspective.

A small titanium bracket, a component of the pylon used to secure the engine, was the first 3D-printed component to be used in an aircraft, and it was in an Airbus test aircraft that sped down the runway in 2014. Since then, the use of additive manufacturing has grown quickly, but businesses are still learning how to use additive manufacturing solutions to take advantage of its numerous advantages, including increasing production output, decreasing costs, hastening time-to-market, and more.

If you’ll pardon the pun, the demand for brand-new commercial aircraft is surging. The size of the global fleet doubles every 15 years. Companies with an overwhelming backlog of orders might reduce their production time with the use of 3D printing. For instance, Airbus announced a backlog of more than 7,000 aircraft in November 2018. This amount represents nine years’ worth of manufacturing using the company’s existing method. Similar to that, Boeing had about 6,000 commercial aircraft on order as of the end of September 2018.

There are many internal aspects in aircraft design that often don’t lend themselves to injection composites or other moulding methods, either due to volume or complexity. Although producing these pieces using traditional metalworking is expensive and time-consuming, additive manufacturing makes the procedure easier. This feature is especially helpful in the aircraft industry for creating engine and turbine parts, cabin interior components, and parts with specific aerodynamic qualities in less time and at a lower cost.

Visit crenodez.com, to know more about our 3D printing service.